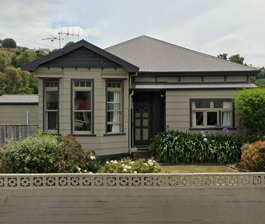 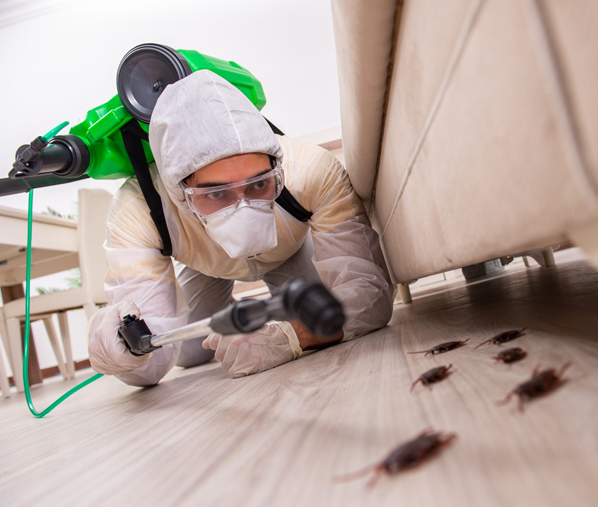 Pests In Your Home Or Office? What Now?
Take a deep breath and relax; you’ve come to the right place. The starting point is a phone call. From there, we will help you identify the problem and give you practical advice on what to do until we get there. Once you book a service with one of our pest management experts, you can rest assured that we will get there as fast as we can. Our office is located in Kapiti and our technicians are employed by us and are locals in their areas of Kapiti, Wellington and Palmerston North. This allows us to deliver pest control to you in Porirua, Lower Hutt, Upper Hutt, Otaki, Levin, Foxton, Bulls and Feilding. We can assist with any of the following. 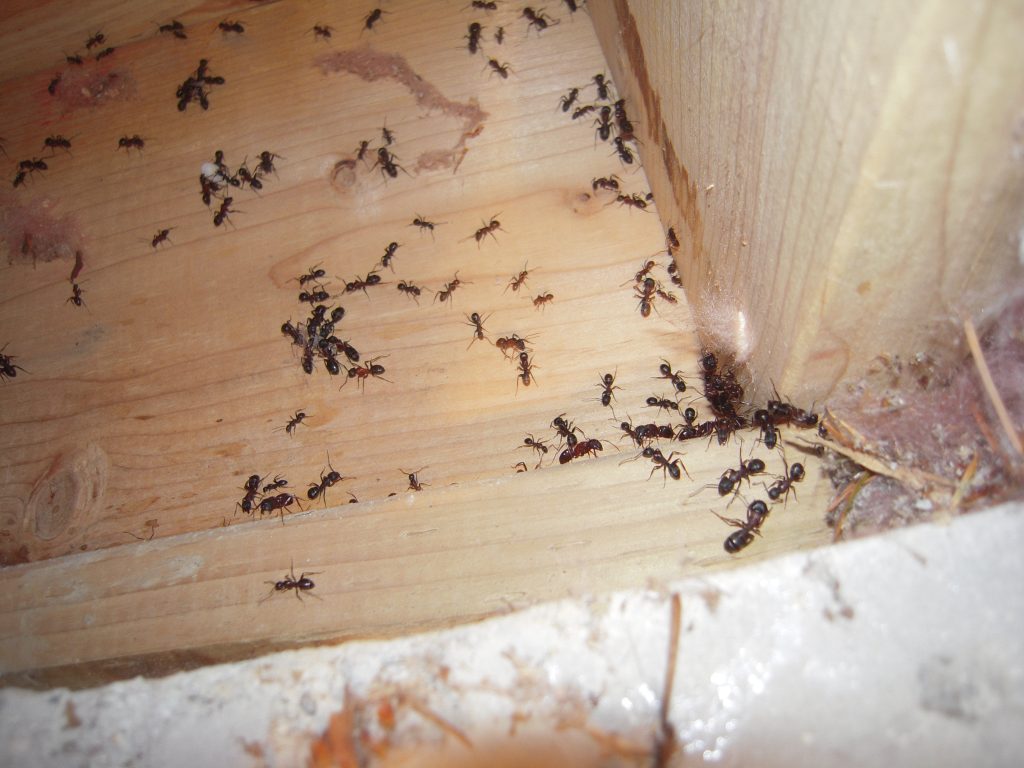 Ants belong to order of insects known as Hymenoptera, which includes some of the most highly evolved insects. They have a caste system by which nest building, nursing of the young and foraging for food is undertaken by workers (sterile females), reproduction is performed by fertile females (queens) and males are responsible for the fertilization of the queens.
The nests of ants are usually located in shallow soil, hollow spaces in walls or cavity walls, under paving stones, concrete slabs and foundations of buildings.
New ant colonies are usually produced by a mating flight: males and females fly from the nest and mate in the air or on the ground. After mating females form a brood chamber and begin laying eggs. Workers of the first brood forage and feed the queen, expand the nest, and care for the next brood. The founding queen continues to lay eggs and remains in the nest.
When the colony reaches a certain size the queen lays eggs that develop into reproductive females and males.

There are about 10,000 different species of ants known in the world today. There are currently about 35 confirmed species from 23 genera in New Zealand. Of these, only 10 are native species, 9 of which are found only (endemic) in New Zealand. The endemic species are generally widespread geographically, mainly in forested habitats.

Ants live in large colonies found in ceilings, walls, and basements. While they are not necessarily selective regarding where they live many struggle to manage infestations themselves. They are an annoyance but also pose a hygiene risk for food storage and electrical circuit problems in the home. We have effective and approved methods for ant management, including Argentinian ant control in Kapiti and surrounds. Common NZ home invaders include the black house ant, the coastal brown ant, the white-footed house ant and the slightly more dangerous Argentine ant. 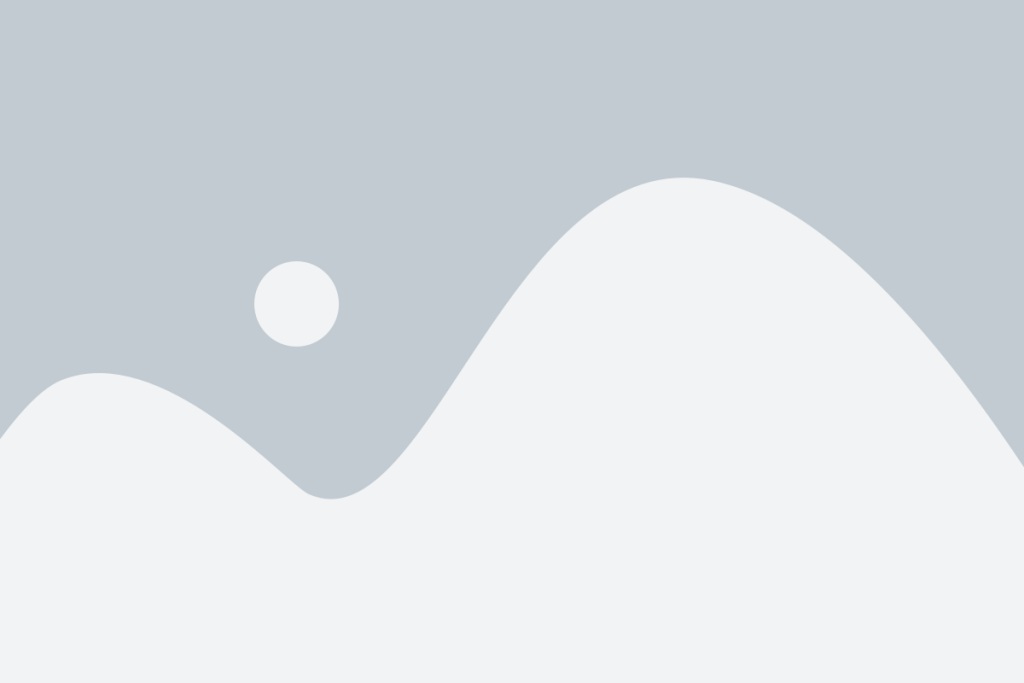 Residing in hives or nests, bee colonies are valuable to the ecosystem & kiwi Communities stand who benefit from their produce. But, They can cause annoyance, anxiety and fear, and although not aggressive, they can sting or cause an allergic reaction. Sometimes Bees will take up residence in your home’s hollow wall or attic. We work closely with local beekeepers for responsible removal and relocation when it comes to pest control in Kapiti, Levin and the surrounding service areas—ensuring the sustainability of bees and their environment. NZ has 28 native and 13 introduced bee species, including solitary and honey bee colonies. 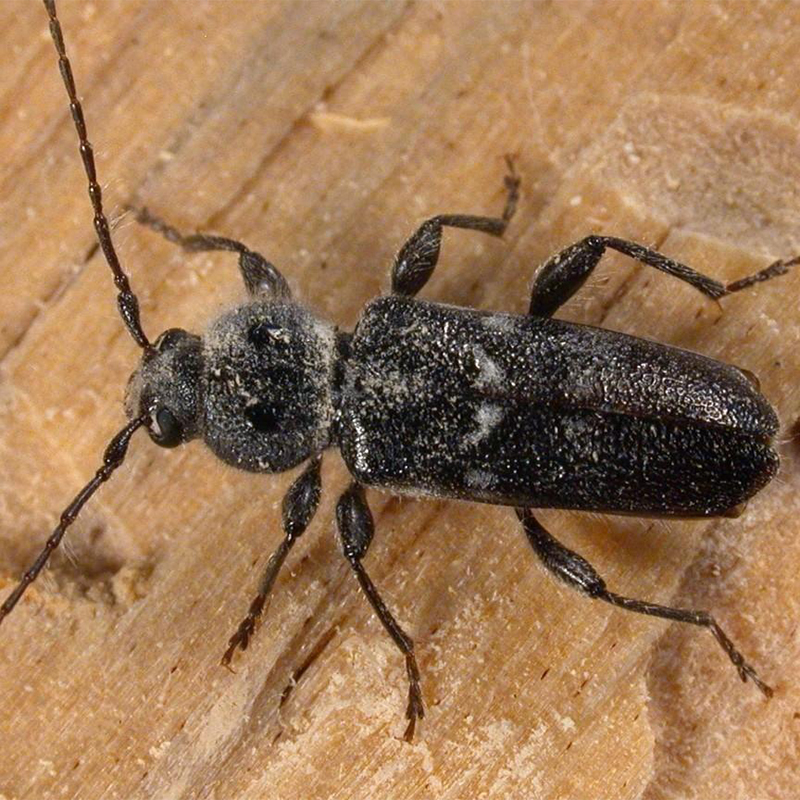 Wood-boring Beetles: also known as woodworm, can cause significant damage to the structure of your building if an infestation is allowed to develop. Often the problem can go undetected until it’s too late. We can conduct a thorough inspection and implement borer control in wellington and surrounds if needed. Wood borers love humidity; they become particularly problematic in coastal regions. Wood Borers are also attracted to fir, pine, spruce woods and softer woods found in old homes. If your house was built before 1955, contact The Pest Man for an assessment of your structural timbers and borer treatment in Palmerston North and surrounds. 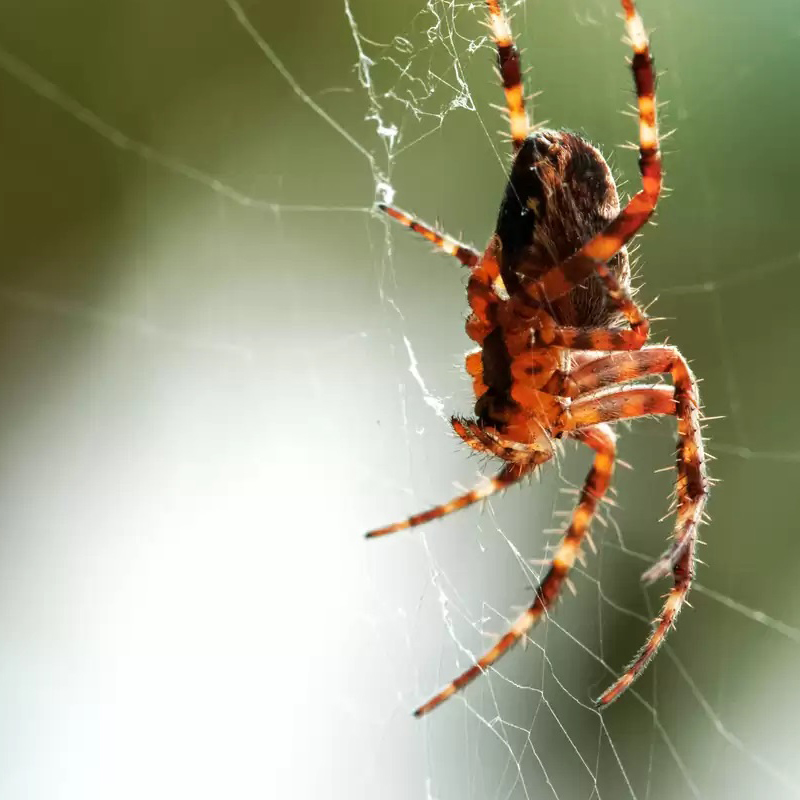 Most spiders can deliver a poisonous bite, but few of them have mandibles that can penetrate human skin. When they do, the venom is usually harmless. Spiders can live almost anywhere in your building, and it’s difficult to determine the full extent of the problem. NZ is home to 2500 spider species, all but approximately 40 of the native. The common species in urban areas include the Avondale Spider, Black Tunnelweb Spider, Daddy-Long-Legs or Cellar Spider, False Katipo Spider, Katipo Spider, Redback Spider, Sheet Web Spider, White-Tailed Spider. The Pest Man offers effective removal, identification, and infestation control for your home.

First introduced from Australia over 100 years ago, White tale spiders have become quite widespread in NZ. these nocturnal hunters will leave a red mark, swelling and pain if bitten. The Pestman’s Fly and Spider treatment will protect you and your family from these nasty little biters. They do not spin webs; they actively hunt their prey and prefer warm, dry environments. They can be found both indoors and outdoors. Fully grown White tail spiders are approximately 15 mm in length with shiny black legs that can span the size of a 20 cent coin. Get in touch for effective whitetail management. 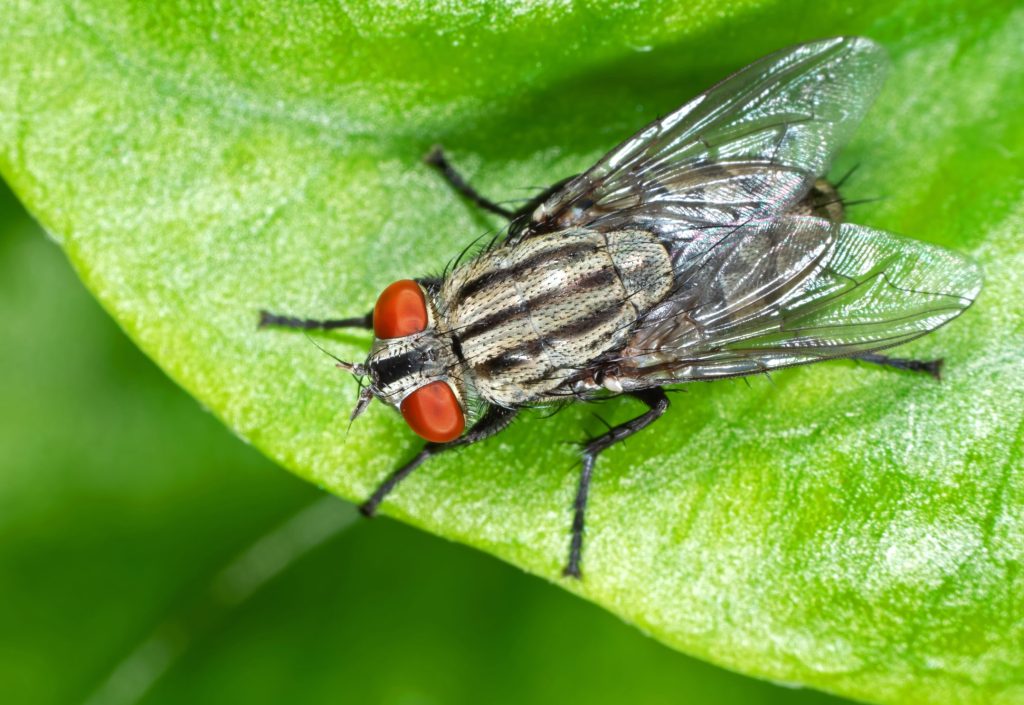 Advice & Treatments for fly problems in homes or businesses

These pesky insects bring with them significant health risks and require comprehensive removal treatment and long term preventative solutions. We identify the source of infestation before implementing pest control in Wellington, Levin and surrounds. We will also leave you with practical advice on how to identify the source and prevent them from returning in future. NZ is home to various fly species, including the House Fly, Cluster Fly, Bluebottle Fly, Horse Fly, Fruit Fly And the biting nuisance known as the sand fly. Controlling flies in and around your property requires removing any food sources and breeding areas to avoid re-infestation. 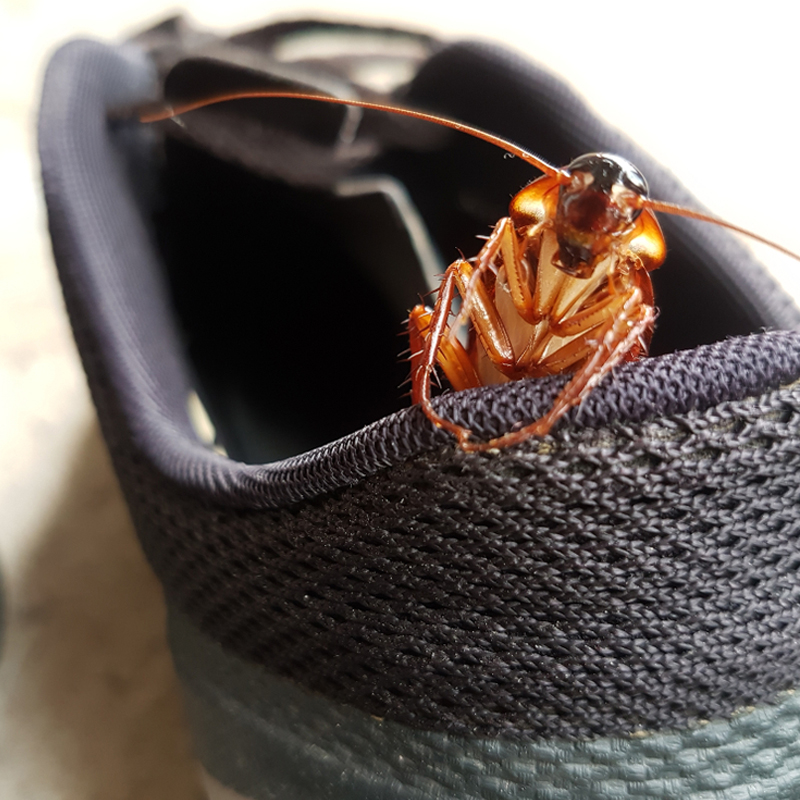 Roaches will eat just about anything and compromise your family’s health & well being; we will find their hiding places, bait them and eradicate them. We offer pest control in the Palmerston North to Wellington service areas for all cockroaches common to new Zealand. New Zealand’s most common pest species are the Gisborne cockroach, the American cockroach, the Native cockroach and the German cockroach, one of the most invasive species of cockroach known to man. They appear in and infest homes, apartments and food service establishments. Roaches are challenging pests to manage, but we can get the job done efficiently and effectively.

Fleas love warmth; that’s why they love your home. They can be found indoors in narrow cracks where your pets sleep. Fleas are also found outdoors in very humid environments. Fleas can enter buildings that do not have pets; they can enter on peoples’ shoes and clothes and jump up 15 cm. Fleas don’t require a continual food source. Populations can grow out of control, even in empty buildings where larvae or cocoons are present. We take measured and targeted steps to stop the spread of fleas, eradicate them & prevent future infestation. The Pest Man’s controlling agents are non-invasive & pet friendly. 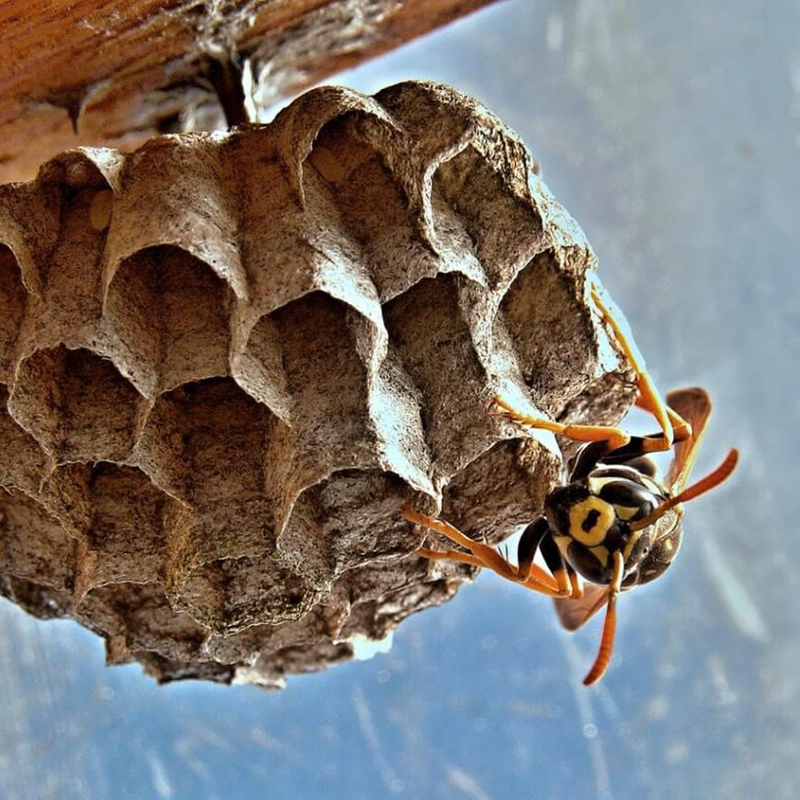 Far more aggressive than bees, wasp nests require quick resolution. New Zealand has several native wasp species which have evolved as part of our ecosystem without becoming a nuisance. But five social species of wasps that have been introduced since the 1940s are classed as pests. The German wasps, common wasps, and three species of paper wasp are introduced as invasive predator species. 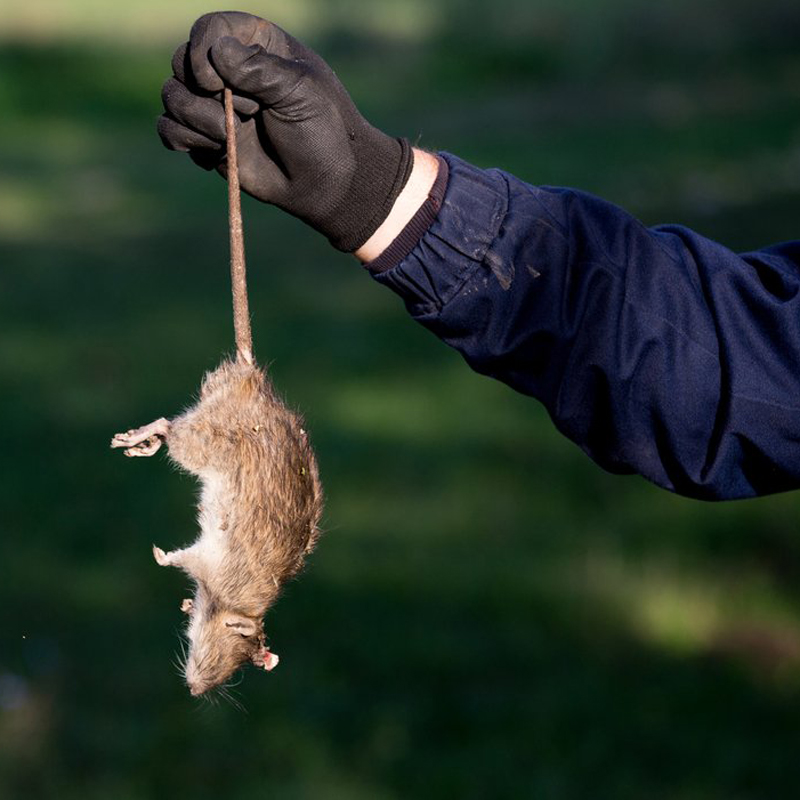 Rodents live in family groups, so if you see one, there are probably a lot more. We are often called out for rodent control from Wellington to Palmerston North and everywhere in-between. Rodents chew through home structures, wiring and plumbing. Mice & rats will enter buildings looking for shelter, food, and water. They will gain entry to properties through cracks and holes and can also chew entrance holes of their own. Rats are considered invasive predators species.